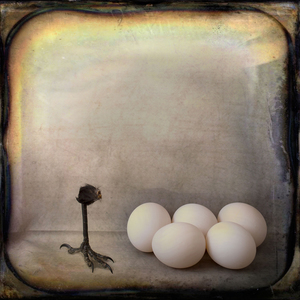 Vanja Karas says, "My artistic practice in the broadest terms explores the nature of transience and impermanence as the core of our existence but also the cyclic conception of time and its broad recurrent patterns. Ultimately my work is attempting to depict the cyclical nature of something that is forever different but ultimately always the same. In my practice I work in space, in print and on screen."

Karas is a Belgrade-born, London based Artist, Curator, Designer and Creative Director. She graduated from the University of Arts in Belgrade, followed by an MA from the Royal Academy of Dramatic Arts and King’s College London. Vanja began her creative career in theatre directing, and from there moved on to work in a range of other visual arts media including film, video, multimedia, graphic design and print.

In recent years her work has been focused mainly on site-specific installations, photography, conceptual art and most recently textile design. She has followed her MA  by studying photography at Central St Martin’s College of Art and Design and International College of Photography, New York.

Her work has been published in books and magazines and commissioned for a number of private, public, museum and corporate collections including: Swiss Re (the Gherkin), St Mary’s Hospital, Hotel du Vin, Malmaison Hotels and a number of De Vere Venues including 1 Westferry Circus.

Earlier this year one of Vanja’s artworks sold for £10,000, the highest sale of the evening, at an auction at RBS City of London Headquarters. Auctioned by Colin Sheaf, of Bonhams, in aid of Art for Grenfell and the survivors of the Grenfell Tower disaster. Some of the other contributing artists included: Gilbert and George, Boy George, Sue Tilley, Zandra Rhodes, Will Alsop and Darren Coffield. 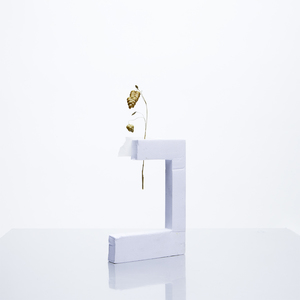 Yelena Zhavoronkova is a California based Fine Art Photographer and Graphic Designer. She received a Master’s degree in Industrial Design from the St. Petersburg Academy of Art and Industry, Russia, and has worked as a graphic designer for over three decades.

Over the past decade Yelena has been intensively studying and working in photography, which helps her to express her artistic vision. Yelena’s projects are simultaneously very personal and universal in nature, speaking to the viewers on an intimate level that is familiar to all.

Since 2010 her projects were exhibited in de Young Museum of Arts in San Francisco, City Hall of San Francisco and RayKo Photo Center of San Francisco; Blue Sky Gallery and LightBox Gallery in Oregon; and many other galleries around the United States and in Europe.

Her works were published in the online edition of The New Yorker magazine, featured in Shutterbug magazine and Transformation literary journal, among others. As a part of the Indie Photobook Library Collection Yelena’s “Memories in Red” book is included in the Beinecke Rare Book & Manuscript Library at Yale University.

Yelena’s Archival Digital, Silver Gelatin and Platinum/Palladium prints are the part of many private collections and institutions in USA and in Europe. Currently she represented by the Anzenberger Gallery in Vienna, Austria and Corden|Potts Gallery, San Francisco, CA. 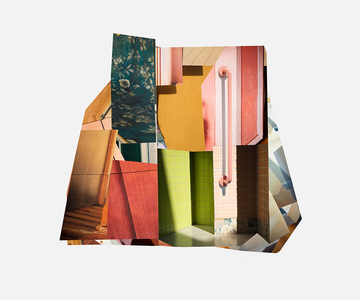 Elisabeth Hogeman says of her series, 'Temporary Arrangement' consists of a series of propositional domestic spaces.

Each tableau is created through the process of photographing pictures stacked on top of pictures, moving back and forth between the studio (with sun, dust, shadows) and the digital canvas (flat, selectable, scalable).

I am interested in the differences between inhabiting physical and virtual space and how this relates to picturing space."
Elisabeth Hogeman is a Chicago-based visual artist working in photography, collage, and video to consider conventions of still life.

Her projects have been supported by the Versailles Foundation, the Virginia Museum of Fine Arts, and the Arts, Science & Culture Initiative at the University of Chicago, where she currently works as a part-time lecturer in photography.

Elisabeth Hogeman has previously exhibited still image work with the Flak Photo Midwest Print Show, the Institute for Research on Women and Gender at the University of Michigan, and EXPO CHICAGO, and has has participated in screenings in Chicago at Mana Contemporary, Roots & Culture, and the Museum of Contemporary Art Chicago.