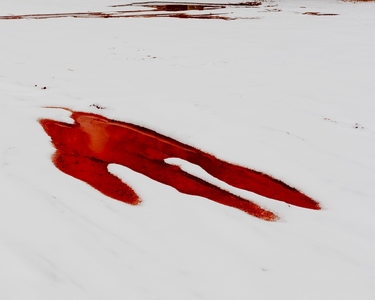 Michael Zuhorski says, of his series, 'Eyes Make the Horizon', "Michigan’s Upper Peninsula is an insular body of land. The largest freshwater system in the world defines its borders and seeps through its interior, isolating the peninsula. In November 2015 I began living near the peninsula’s north shore with the intention of photographing over a period of several years. The act of looking became insular in sympathy with my surroundings. My practice began to articulate the environment’s effect upon my state of mind and my mind’s effect upon the environment.

These interactions were guided by the ubiquitous presence of water. I photographed the effects of water upon the peninsula and the wetlands, rivers, and lakes that cut through and enclosed it. I became fixated upon the idea of water as a body – dynamic and distinct from its surroundings yet completely tied into them. This is analogous to the way I understand myself in relation to my surroundings. Eyes Make the Horizon became a means to ask where I end and the world begins".

Michael Zuhorski was born in 1992 in Detroit, Michigan. At the College for Creative Studies, in Detroit, he received a BFA in photography. Currently he is an MFA student at Syracuse University. His work has been published and exhibited internationally, including in several solo exhibitions in the Midwestern United States. In his photographic practice he investigates the relationship between the act of looking and the character of his surroundings. 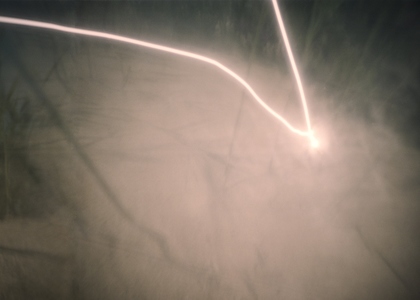 Stephanie Paine says, "Landscape is the one subject that I’m constantly drawn to. I am fascinated by the properties of the earth, its topographical formations, and the psychological pull of the natural environment. This body of work is about the sun: the light to which everything is connected.

The sun affects our planet’s climate, weather, and currents. It provides us with heat and life-giving light. With greater UV exposure and rising surface temperatures on earth, the sun seems stronger than ever. These changes serve as a reminder of the interconnectedness between modern human life and our environment. My approach involved an exploration of photography’s traditional materials through use of long exposures, motion, and the pinhole camera.

I was born and raised along Lake Huron in northern Michigan, which has been highly influential in my photographic work. Year round, I’ve found it to be a unique landscape: The state, surrounded by massive bodies of water and coasts of legendary dunes, transforms every winter with natural sculptures made of sand, ice, and wind. My interest in the natural environment began while photographing the transient qualities of my home.

I received an MFA degree in photography and related media from Purdue University. I relocated to Istanbul, Turkey, and taught photography and video courses for six years. I spent much of that time traveling and experiencing Europe and parts of the Middle East. I was an artist in residence at: The Tsarino Foundation in Bulgaria, Arteles in Finland, and Listhus in Iceland. Since 2016, I have been the head of the photography concentration at the University of Louisiana at Lafayette.

Stemming from a traditional photographic approach, my work spans the expanded field of photography and includes darkroom and alternative processes, hand-built cameras, and digital techniques. Landscape is a recurring foundation for me in which to address the connection of land to history, memory, and perceptual experience while bringing awareness to the impermanence of our environment.

Most recently, I exhibited at the SoHo Photo Gallery and Amos Eno Gallery in New York. I placed second in juror’s prize at the Contemporary Southern Art exhibition at the VAE in Raleigh, North Carolina, and was featured in Art Maze Magazine’s summer issue. This September, I will be showing work at the Center for Fine Art Photography in Fort Collins, Colorado." 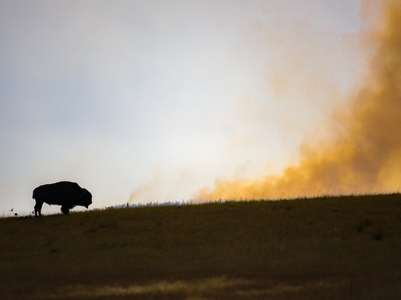 Steve Davis says, "Beauty can lurk in strange places, and I find myself drawn to landscapes which suggest ambiguity, emptiness, and the spiritually untidy.   To me, they resonate as backdrops to stories and dreams—vague suggestions of the earth as a temporary gesture.  They are as close to nowhere as I can get."

Steve Davis is a documentary portrait and landscape photographer based in the Pacific Northwest.  His work has appeared in American Photo, Harper's, the New York Times Magazine, Russian Esquire, and is in many collections, including the Houston Museum of Fine Arts, the Seattle Art Museum, the Santa Barbara Museum of Art, and the George Eastman House.

He is a former 1st place recipient of the Santa Fe CENTER Project Competition, and two time winner of the Washington Arts Commission/Artist Trust Fellowship. . Davis is the Head of Instructional Photography and adjunct faculty member of The Evergreen State College. He is represented by the James Harris Gallery, Seattle.

TO VIEW ADDITIONAL HONORABLE MENTIONS:
CLICK ON ARROW AT TOP OF PAGE
(IF VIEWING ON COMPUTER) 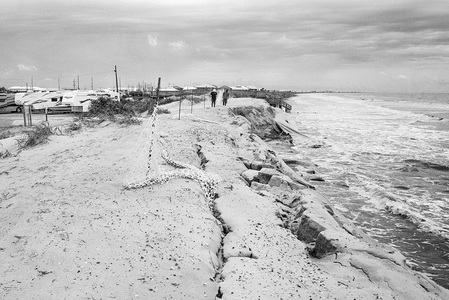 Daniel Kariko says of a selection of images from: The Island: Louisiana’s Endangered Wetlands, "Louisiana is experiencing the highest rate of coastal erosion in America, losing about one hundred yards of land every thirty minutes- land loss the size of a football field every half-hour.

The barrier islands of Southeast Louisiana are some of the youngest and most unstable landforms on earth. They average 5000 years in age, and are rapidly changing shape and disappearing due to the man-altered flow of the Mississippi delta. Timbalier Island, for example, averaged 20m/year towards Northwest, during the last century (U.S. geological survey).

During the early 1800’s some of the barrier islands served as summer resorts to wealthy families from New Orleans. In 1856 a devastating hurricane hit Isle Dernieres causing great loss of life and property, and nearly splitting the island in half. Since then more than a dozen major storms, including Katrina, changed the geography of the coast. Today, most of them are sand bars with a little more than skeletal remnants of industry and a few deteriorating fishing camps. In spite of that, these Islands represent the “First Line of Defense” against large hurricanes.

Isle de Jean Charles is a historical home of Biloxi-Chitimacha-Choctaw people. In the past 60 years the community lost over 98 percent of their land due to rising sea levels and land subsidence. This process continues. In 2016 the people of Isle de Jean Charles were awarded 50 million dollars from the U.S. Department of Housing and Urban Development to fund their resettlement process. Many choose to remain on the land they occupied since 1830s. This represents the case of some of the first environmental resettlements on U.S. mainland due to recent global environmental changes.

This series of photographs represents a long-term investigation of gradual changes in wetlands geography and population in Southern Louisiana, due to human and natural activity. The global environmental concerns that place Louisiana in center of world’s attention make this project relevant and timely. Our, often adversarial relationship with the world outside ultimately reveals our inability to adapt to the natural process. These photographs set out to illustrate the results of such failed relations."

Daniel Kariko is a North Carolina based artist, and an Associate Professor of Fine Art Photography in School of Arts and Design at East Carolina University, in Greenville, North Carolina.

Kariko’s images investigate environmental and political aspects of landscape, use of land and cultural interpretation of inhabited space. Inspired by his childhood during the civil war in Balkans, his interests in history and science inform his artwork, through inquiry in geopolitics, and disappearing and changing landscape.He worked on several long-term photographic projects in his native Serbia, recording the aftermath of the war in Balkans.

Since 1999 Kariko documented the endangered wetlands and dramatic changes in the landscape in Barataria- Terrebonne region of South Louisiana. His other projects include documentation of foreclosed housing in Florida during the 2008-09 real estate crisis, and scanning electron microscope portraits of locally found insects.

From 2002 until 2010 Kariko served as a faculty at Florida State University in Tallahassee, Florida.

Salt Water Intrusion- Due to creation of commercial shipping channels, Louisiana’s marshes are dying under the effects of salinization. This further destabilizes the wetland buffer zones, and allows for accelerated coastal land loss. 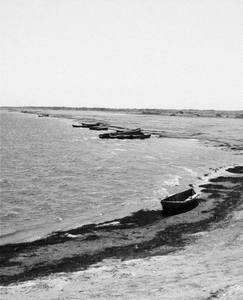 Laziza Rakhimova says, "Man-maid environmental tragedy-It used to be the world’s largest lake . The Aral Sea has been shrinking since the 1960s after the rivers were diverted by  the irrigation projects. In August 2014 the eastern basin of the Aral Sea had completely dried up.
This is "one of the planet's worst environmental tragedies".  The region around the lake is also heavily polluted with salt from the lake, with serious health problems. I captured these images 10 years ago and glad to have an opportunity to remind everyone about the catastrophe that was created by humans in this part of the world.

From Central Asia to France, Canada and the United States, I have crossed borders many times and evolved as a photographic artist. Walking on the streets of New York, where one cannot exist without not finding the artistic self, I started from “hunting” on the streets for decisive moments and lately moved on to creating melancholic portraiture, abstract and infrared environmental photography.