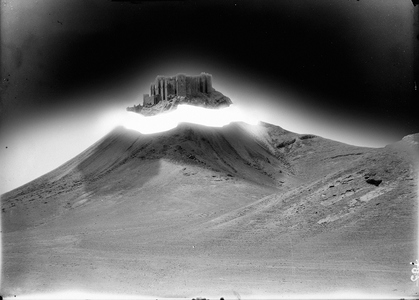 Curator Ellen Jantzen says, "I chose Peter Franck’s Landscape pieces as Best Series. Comprised of three images, they form a mystery of intrigue and are truly unexpected. My favorite, landscape23059a, is otherworldly with the mesa rising above and I love how the towers in landscape23056“ speak” with each other. The twin paths in landscape23032 form a repeat divided by a vertical element, but the small elements to the side are unforeseen."

About Peter Franck: His works explore the boundaries of the medium of photography from the perspective of an artist who received his training primarily in the field of painting. More than anything else, however, I see Peter as a conceptual artist with a focus on visual perception. His works are often difficult to decipher at first glance – but exude such a compelling radiance that the viewer is always enticed to overcome this initial irritation and delve deeper, indeed much deeper. Gerard Goodrow, Köln

Peter Franck says, "Today, pictures are statues of our everyday life. Animated by the phenomenon of social Media, photographs are produced in unprecedented quantities. Any action,
Grimace and the daily purchase are photographed. The meaning of Single shot, however, disappears. Photography has always been a medium which was bound to technical progress. But possibilities also mean equally a duty or are they self-purpose? At the beginning of the photograph stood the moment the light and the motive. Photos were precious, rare and forever.

The decline of the analog, then the advent of digital photography is more than a change from silver nitrate to pixels. Also our viewing habits and the values have changed.

The found pictures (from the archive of the Visual Studies work shop in Rochester, New York and from other digital image archives ) serve as a foundation for new stories, so they do not hurt any privacy, but play with the look and feel of former times. The projections of our time in the context of our art history are based on the time of our fathers and grandfathers. This was the flowering season . The high times of Kodak and the images try to take this time into our time and fill this "primer" with new content. Visual habits and techniques are interwoven with each other (from photographer to photographer, from analog to digital), creating a picture of "time“.

The individual works are alluring collages that demand and seduce our visual and art historical memory, create time jumps and explore new combinations of the different genres.Everything is composition and photography a means to arouse associations in the mind of the beholder and to establish connections with our cultural-historical socialization and its emergence.And in this setting of the media, the pictures move along the border and the narrow ridge of photography and painting."

PF was born in Überlingen/ Germany. 1987 he started studying painting/grafics at the university of fine arts in Nürnberg. 1993 he finished his studys at the university of fine
arts/ Stuttgart( Masterclass R.Schoofs). After this he had his first contacts with photography over his brother who is also an photographer.With his from fine art paintings influenced photographys he
took part at many exhibitions such as the Fotofestival Naarden, the photosummer Stuttgart, the Art Fair Cologne. Paralell to his photographic work he also continued to work at his paintings which are totally contrasting to the photographic works.

PF lives and works in Stuttgart/Germany

PF waPHighlights of the career: 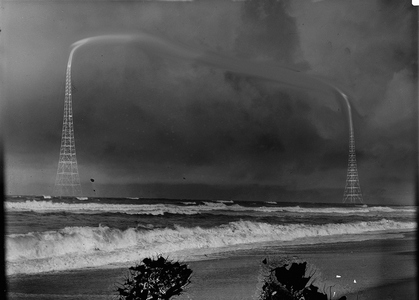 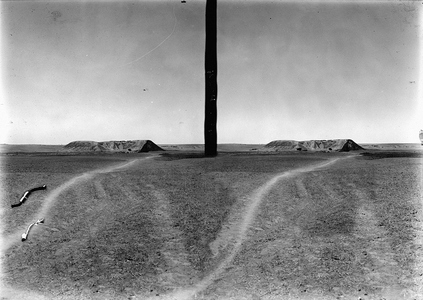